Real convincingly over Bayern Munich to the Champions League final

Real convincingly over Bayern Munich to the Champions League final 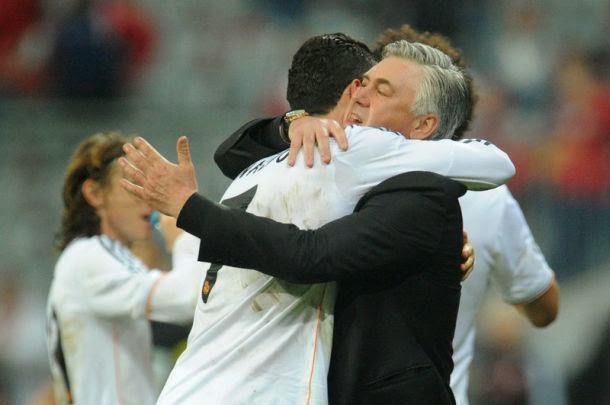 Nothing really too new we have not seen in relation to the Madrid match - Bayern is again without ideas circulating with ball in mid-field, and the guests are from two breaks in the first twenty minutes was enough to goals from Sergio Ramos after a cross from the side practically resolve all doubts about the first finalist of the Champions league.

If there was some kind of doubt after 0-2, in 34 minutes they were all with quick counterattack resolve assistant Gareth Bale and scorer Cristiano Ronaldo. Bayern, on the other hand, in the first half was not made a single shot in the frame of the goal Casillas, while Real could and to greater advantage, since the Neuer twice leaving his penalty area and interrupted counterattack of Real Madrid in a way that offers an opportunity to score Bale and Ronaldo, but their shots from outside both times go over the empty goal.

In the second half, Real could more calmly wait for new opportunities from counterattacks, especially because Guardiola at halftime in the locker room left his only attacker Mario Mandzukic, and in the game introduced last midfielder Javi Martinez, which was corrected 15 minutes before the end, when on field send an experienced Pizarro.

Although official statistics offer a slightly different figure, because there are counted and blocked shots, Bayern is his first shot in the frame Casillas goal sent after a solo attack Ribery in the 60th minute, but without any real danger.

The only bad news for Real Match is that a yellow card got Xabi Alonso, who will therefore not be in the final game of the Champions League.