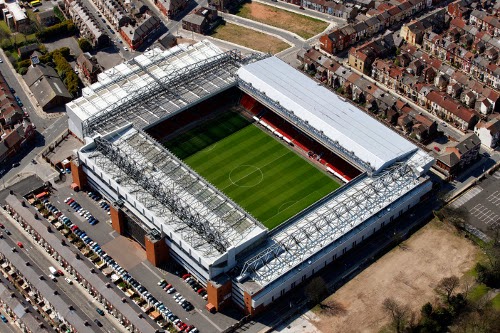 Liverpool this season on the road to long-awaited title, and the club has now introduced a new project of Anfield

The club expects to deliver project in the summer to local authorities in Liverpool, when done consultations with local residents and private companies.

Expanding Anfield will increase the capacity of the grandstand for 8,500 seats, and after work in the first phase to be completed Anfield total capacity will amount to 54,000 seats.

Already in the summer of 2016th year is expected to complete the expansion of one of the stands.

After reconstruction be completed Anfield will have 60,000 seats, and on expected revenues Liverpool will fall behind only for Manchester United.