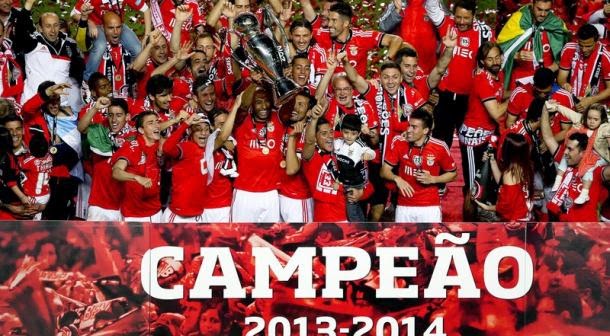 Victory at home against Olhanensea, Lisbon Benfica is two rounds before the end of the season secured league title of Portugal, since after this round their advantage seven points ahead of city rivals Sporting.

In the past three years, the Portuguese football has ruled Porto , but this season they had to leave Benfica primacy, because after 27 games played have only 55 points, 18 less than Benfica, which has played a game more.

Second-placed Sporting won away at Belenense and Benfica are needed all three points to already secured league title, and they came to victory with goals by Lima.

at 1:00 AM
Email ThisBlogThis!Share to TwitterShare to FacebookShare to Pinterest
Labels: Benfica, Benfica Lisboa, Portugal