Burnley fought back in the Premier League of England

Burnley fought back in the Premier League of England 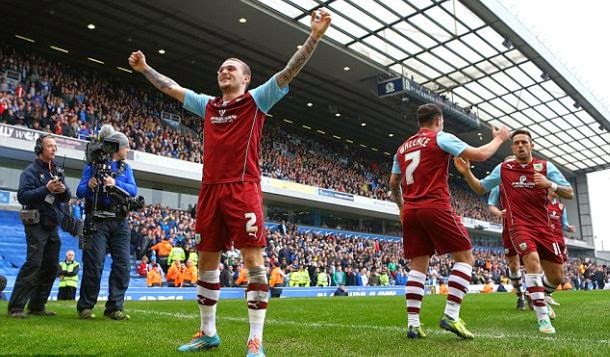 Burnley is today in the game 44th round Championship won at home against Wigan 2-0 and so two rounds before the end of the championship secured entry into the strongest ranking of English football.

Scorers in victory of Burnley were Barnes in 22st and Kightly after 42 minutes. Even before entry into the Premiership secured Leicester City, while the third club to be known after play-off from 3rd to 6th places.

Burnley is the 2009th year fought back in the first grade of English football after 33 years of playing in the lower league, but after just one season again relegated.

The greatest success the club has achieved in the seasons 1920/1921 and 1959/1960 when they won the championship titles of England, and in the season 1960/1961 was dropped from the German HSV in the quarter finals of the European Championship.

Burnley is the smallest town in England to have the team in the strongest competition rank.