Final Cup of Holland interrupted due to the large bengals show

Final Cup of Holland interrupted due to the large bengals show 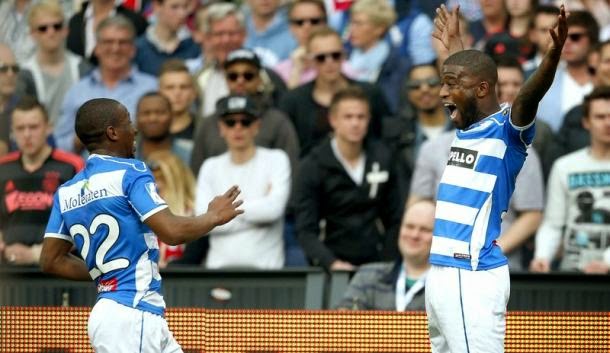 The final of the Dutch Cup match between Ajax and Zwolle was discontinued after only a few minutes. Below Zwolle destroyed Ajax

Ajax took the lead in the final against Zwolle with beautiful goal by Ricardo van Rhijn, but the referee Bas Nijhuis soon had to withdraw the players in the locker room.

Ajax fans have made incredible flare show and sprayed the ground, so there was no choice but to end the game.
When the match continued, Zwolle destroyed Ajax. Thomas is equalized to 1-1 in the seventh minute, and struck in the 11th minute, then two goals by Ferandez until the end of the first part. Van Polen is the 50th set the final 5-1.