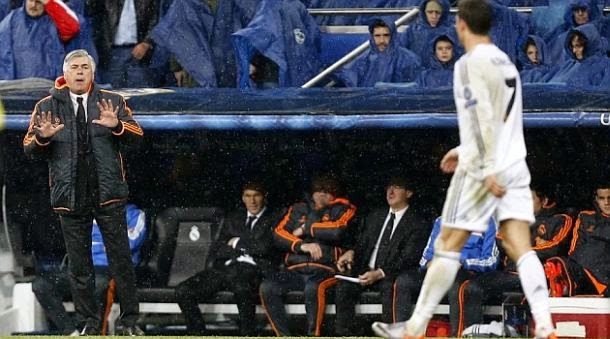 "I am very pleased with the way we played this match, and the results achieved. Match we open with a fast rhythm, and later we slowed down and save power. We knew that Borussia strong from counter attack on the wings and in doing so, we managed to stop them" , praised the great play of his team Italian expert.

"We played a great presing on their back line and forward, we played very smart without being too long passes. During the second half was slightly weaker release, but all in all I can be satisfied," said Ancelotti, and praised the great Isco.

"He did a very good job. Tonight he played something defensively unlike his standard position and showed that one of the best in the world. Showed he can play in several positions on the team," Ancelotti praised Isco who is in the first 11 played instead of the injured Di Maria.

"Cristiano Ronaldo is not injured, just got an awkward shot. We did not want to risk it, so I took him because I needed him in Dortmund," explained Ancelotti Ronaldo's going out in 80th minute.