After the victory, Everton closer to the Champions League than Arsenal

After the victory, Everton closer to the Champions League than Arsenal 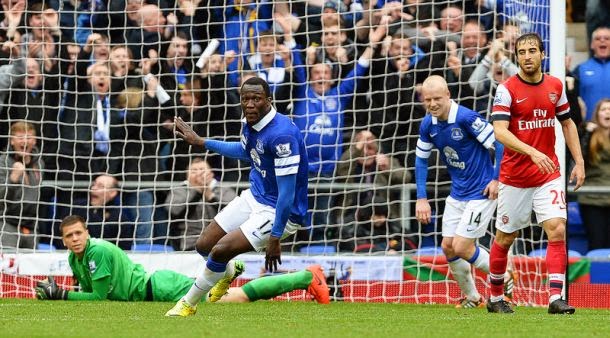 Another in a series of key games this season Arsenal played very badly and lost, this time away at Everton, his direct rival in the fight for a performance in qualifying for the Champions League next season

Already at halftime Everton led 2-0 with goals from Steven Naismith and from Romelu Lukaku, and the final result is 61st minute by own goal set Mikel Arteta.

In the 14th minutes beautifully shot from Romelu Lukaku, kick defended Arsenal goalkeeper Wojciech Szczesny and the the ball rebounded ball into the net scored by Steven Naismith. At 2-0 Lukaku was raised from the great action in which he received the ball sideways to the right, and then headed for the goal and by left foot from some 14 meters between four Arsenal players found its way to the bar.

Arsenal was an equal rival in the field, but did not pose a serious chance, while of Everton their exploited. At the beginning of the second half Arsenal took possession of the ball in his feet and pressing goal guests, but missed them the last step. Punish of Everton's third goal achieved. The ball is before Naismith in one situation manages to clear the goalkeeper Szczesny, but it rejected in open space between four Arsenal players and Kevin Mirallas. Fastest on it was Arteta, but it was at the outbreak of the before Mirallas pushed into his own net.

Arsenal is the closest to achieving the goal was over Oxladea Alex Chamberlain, but his shot from 85th minute ended up in the bars. The good news according to the "gunners" is the return to competition rhythm Aaron Ramsey, who came on as a "joker" from the bench in 66th minute, and it was his first appearance since 26 December and the match against West Ham when he injured thigh muscle.

For Everton this was sixth consecutive win, with which is closer to fourth placed Arsenal at just point behind with a game less. Arsenal's turn in the last four Premier League appearances won only two out of a maximum 12 points.