Zenit with reversal to victory over Amkar

Zenit with reversal to victory over Amkar 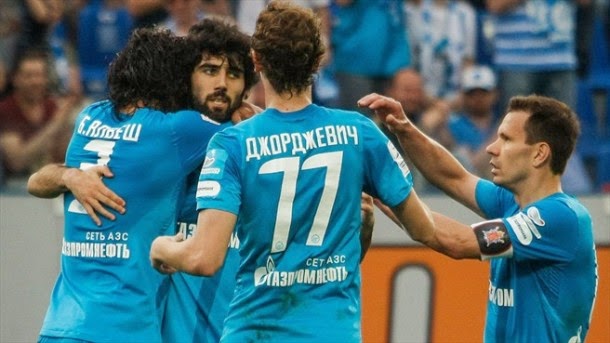 Team Zenit came to an important victory away at Amkar, a team from St. Petersburg celebrated with 2:1

Match are better open domestic football players, and when in the 18th minute for lead 1:0 hit Kanunnikov only then are Zenit football players realized that they win no one will give, and that themselves must fight for.

Despite the offensive play after leading the host, guests have failed to align the result in the first half.

For what failed in the first 45 minutes, in the second part of the game it took them just nine minutes. Not to equlize, but to totally reverse the result.

First Neto after 49 minute equalized at 1-1, that would five minutes later Hulk assistance on the right way in goal turned Kerzhakov for the final 2-1.