Tim Sherwood: "I'm sure that I can be the right solution for Tottenham"

Tim Sherwood: "I'm sure that I can be the right solution for Tottenham" 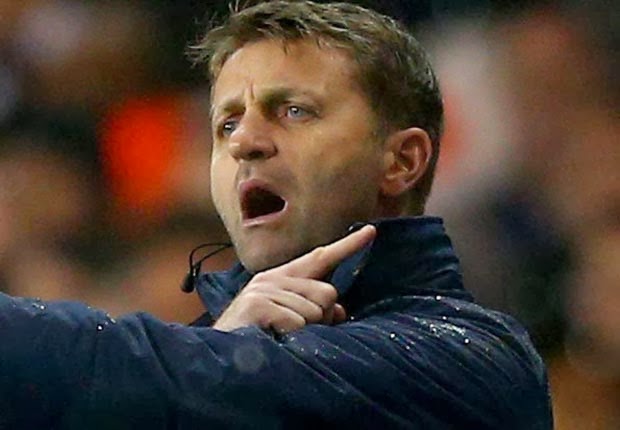 Manager of English Premier League club Tottenham Tim Sherwood aware that him perhaps just one game separates from dismissal, but claims that he was the right man for this job, which him is entrusted in December after cancelation Andre Villas-Boas

Sherwood, who has played 93 matches in the jersey of Tottenham, has been chosen only by the end of the season, and although still in a fight to qualify for the Champions League and won a place in next round of the Europa League, many doubt that the next season sitting on the bench this club.

Sherwood still does not know whether the next season will be the manager of Tottenham, but is confident how can bring success to the club if get the time and the confidence of the club.

"It's will the management of the club in public express support is on them. Clearly keep all options open until they decide what they want to do. This is something that can not and does not wish to comment. If the club are considered to need advertise and give me support, it is up to them. If not, nothing will change. sincerely believe that with time can be a good manager. I say with time, although I'm realistic and aware that you can never get the necessary time. "

Asked if he felt that he was attributed to enough credit for the finished work so far, Sherwood said, "No, probably not. People are just waiting to fall and lose some matches. Do not know why. I think the perception is such that you can not be a beginner in coaching and be good. "

"A lot of talking with other managers and ask them, 'Do you live from match to match? Sometimes it is not so, but in the club as Tottenham absolutely is. If we lose away in Norwich, it is 'disaster' and I'm still one game from a complete disaster. Simply have to accept it. Know it. Pressure is big, but I did not expected to be different." Sherwood added.