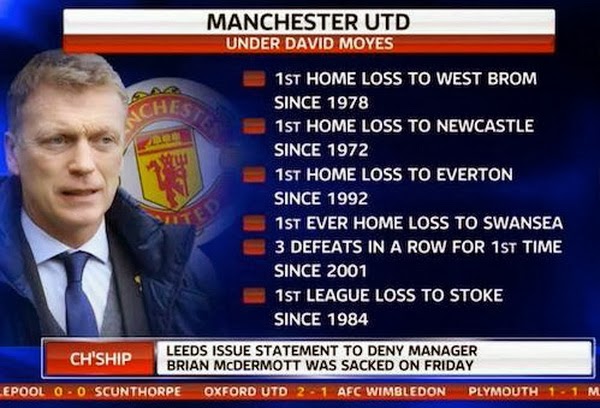 Manchester United yesterday with a 1-2 defeated from Stoke City. The team from Old Trafford it was the first defeat in the Premier League from Stoke from far 1984th year

It was just one in a series of records that the United crashed this season, since it was on the bench most trophies English team sit Scottish expert David Moyes.

Under the leadership of Moyes this season Unitrd was interrupt some great series.

- They lost at home from West Brom first time since in 1978. year

- They lost at home from Everton first time since 1992nd year