Netzer: "Julian Draxler is not yet ready for a career abroad"

Netzer: "Julian Draxler is not yet ready for a career abroad" 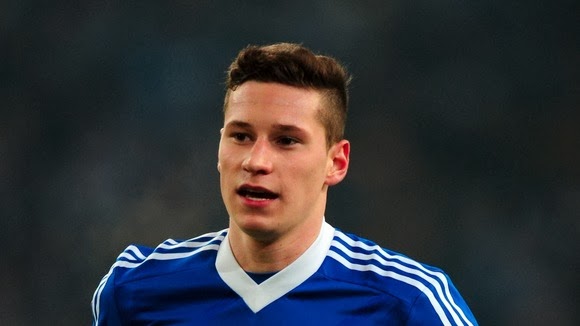 For the German national team player Julian Draxler many expect how will on the summer move into the ranks of some of the English Premier League club, but the legendary footballer from Borussia Mönchengladbach Günter Netzer believes he is still not ready for that step in his career

Netzer believes that the twenty year old footballer should continue to develop in Schalke before seriously take into consideration the possibility of going abroad.

"It is not still have decided which direction to go Draxler career. He identifies with Schalke, which is currently his sport home . He is an exceptional talent with a great prospectus for a bright future., But his development is far from complete.It is hard that so young man step into some big European team. Then would have been a challenge to fight for a place in the team. Therefore, the player must weigh very carefully before making a decision, because for young players is better options continue to evolve in the team where will play continuously, than hope for casual enter the game from the bench."

As Draxler, I think that for him it is no time for a change. I would recommend him to mature in Schalke for a while and continue to play for the national team. Schalke is his home and he enjoys the atmosphere in which it can develop faster. "

With Draxler, who has already established itself in Germany, in the team Schalke on the big stage enters his teammate Max Meyer, and Netzer believes that Schalke, if for some time succeeds to keep those two players could return to the very top of German football.

"Schalke goal must be aim to build a team that is competitive and strengthen their place in the Champions League. To achieve this, they must stabilize the structure. Schalke must therefore keep these two players as long as possible in every case."