Miralem Pjanic five months ago, has become a father

Miralem Pjanic five months ago, has become a father 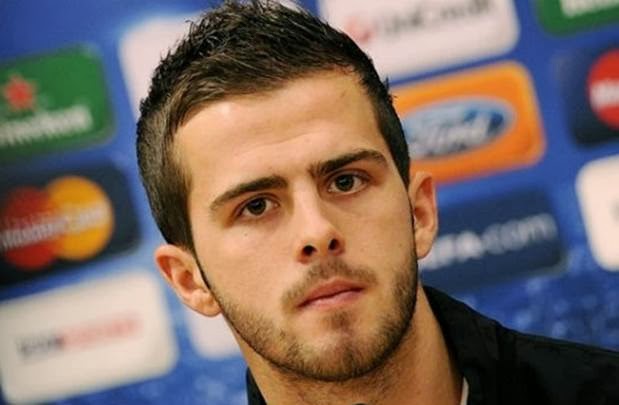 Fahrudin Pjanic, the father of the football national team player of Bosnia and Herzegovina and a member of the Italian Roma Miralem Pjanic, for BH Patria news agency said the son Edin already has five months, and that this news was kept in secret, because they did not want to construct any kind of story

"We are delighted. Miralem never been happier in his life. I do not know how we managed for so long keep for yourself this happy news, but here we have succeeded. Please public that understands us. However we are traditional we did not wanted to get something unexpected happens" said Fahrudin.

He adds that the name Edin jointly selected by Miralem and his chosen Josefa, and that the parents have not meddled in the selection of names.

"I do not know did my grandson named after Dzeko" Pjanic added through smile, revealing that the baby was quiet just like Miralem as a baby.

"Edin did not cry. Miralem can good to get sleep and it offers excellent games on the field and we could see in the duel against Sampdoria" said Fahrudin.

We recall that Pjanic played a fantastic match against Sampdoria in which his Roma celebrated a convincing victory 3-0. Pjanic during this match twice well played teammates, and scoring and phenomenal goal from the free kick from almost 30 meters.

"Miralem is now a different person. Each hit dedicates son" added Pjanic.
at 6:31 AM
Email ThisBlogThis!Share to TwitterShare to FacebookShare to Pinterest
Labels: AS Roma, Miralem Pjanic, son of Miralem Pjanic