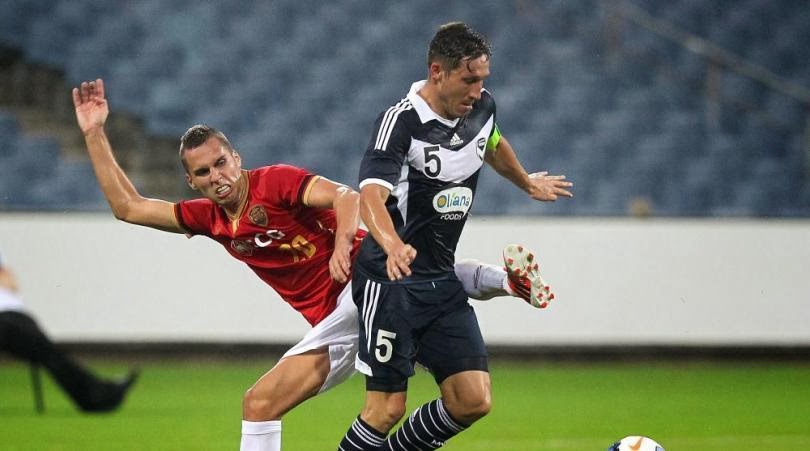 On Saturday night Melbourne Victory became the third Australian club into the Asian Champions League Group Stage. The Victorian club had to fight tooth and nail with Thai's Muangthong United in a play-off match ending 2-1


Melbourne Victory started the match a raging hot favorite. From the early moments though, Melbourne justified the bookies' quote, with a wealth of possession, and an opponent that was hell bent on sitting back. However, the first goal came from Muangthong United.

Despite a couple of counter attacking opportunities early, Muangthong's opening goal in the 22nd minute was categorically against the run of play. Mario Djurovski's corner was untouched as it floated beyond defender Galloway's frozen figures at the near post.

Melbourne's dominance continued unabated though. On the brink of halftime striker Archie Thompson was pushed to the ground in the box and captain Mark Milligan stepped up for the penalty.

The Melbourne captain made ​​a mess of it, slamming the ball into the upright. Melbourne returned in the second half with the same level of dominance as in the opening half. Melbourne eventually got their reward though. Fullback Scott Galloway made ​​up for his role in the goal conceded by providing the cross that James Troisi finished with aplomb. Nobody picked up the striker, and though replays showed the Socceroo hopeful was marginally offside.

Melbourne's clincher came in the 83rd minute, as Muangthong failed to clear a corner sufficiently. Midfielder Leigh Broxham popped up with a drive from distance - the Muangthong goalkeeper was wrong footed by a deflection - and the match was all but over.

Running out 2-1 victors Melbourne's prize is a ticket to the Asian Champions League's group of death. They have the privilege of squaring off against current continental champions Guangzhou Evergrande, perennial knockout stage contestants Jeonbuk Motors, and Shunsuke Nakamura's Yokohama F Marinos. It's hoped the Melbourne population can finally show some appreciation for the burgeoning competition, as previous years have been witness to abysmal attendances.