Italians are champions of Europe in Futsal

Italians are champions of Europe in Futsal 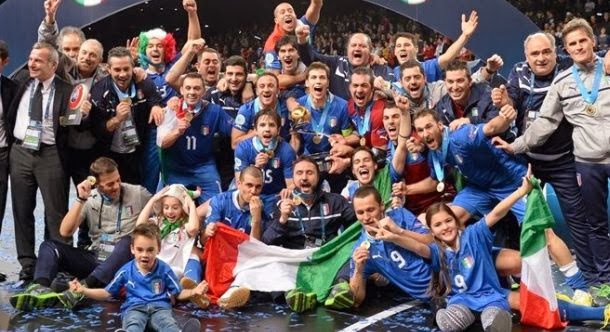 Italians are in the final of Euro which is played in Belgium beat Russia 3-1. Russians have experienced the second consecutive defeat in the finals of the European Championships.

Gabriel Lima brought the Azzurri into the lead in the seventh minute but Eder Lima Russia the equalizer three minutes later.

In front of about 11,500 spectators Italians come to two goals and at the end to great celebration. Scorer in the 14th minute was Murilo, and in the 19th Giasson.