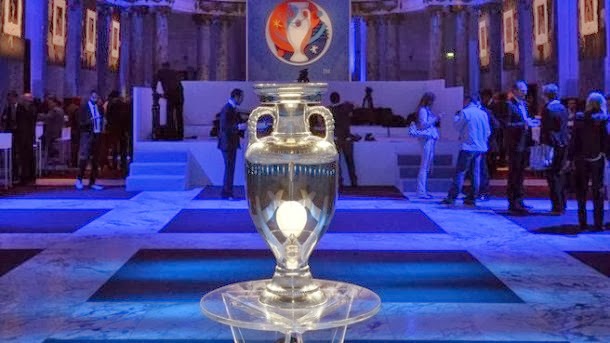 Drawing lots in Nica was formed nine qualifying groups, and according to the proposition, direct placement at Euro 2016 carve out the nine group winners, nine second placed selections and one best third placed team.

The remaining eight qualified third will fight through the barrage for four place. Of course, a list of 24 European Championship participants will complete domestic France.

All European selections were divided into six pots, according to current quality and results in past qualifiers for the World Cup in Brazil.

It should also add that, for political reasons, it was decided that Azerbaijan can not meet with Armenia, while the Spaniards can not play with Gibraltar. In addition, the television reasons, England, Germany, Italy, Spain and the Netherlands will be in groups with six teams.

Fortunately European selections in the draw was shared by many giants of European football, first of all legendary goalkeepers like Peter Schmeichel, Kepka, Bartez...


Qualifications for Euro 2016th starting 7th September, and the final group stage matches will be played on the 13th October 2015th year.