That she is a man, she would be called Messi

That she is a man, she would be called Messi 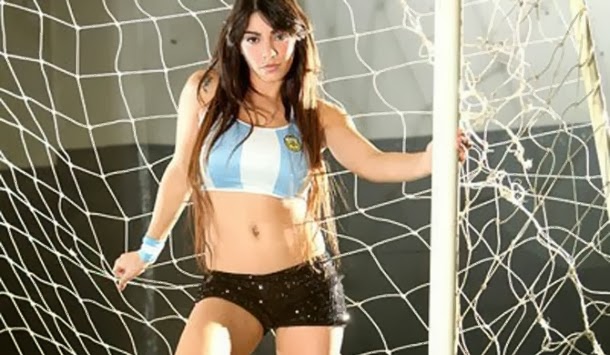 Fiorella Castillo is a 24-year-old Argentine model, actress and producer, but also a great admirer of football

On Sunday in Mar de Plata in Argentina beautiful Fiorella showed her skill with the ball and in high heels, shorts and a tight shirt.

Many passers by watched with delight. She is known as a big supporter of Argentinian national team and Lionel Messi and company in Brazil to have more motivation to win a trophy.

Local media have quickly compared with Paraguayan model and actress Larissa Riquelme, who became famous in the World Championship 2010th, when she celebrated a goal of Paraguay with cell phone between her breasts.

But Fiorella is new star and, if you like, if she a boy, she would be called Messi.