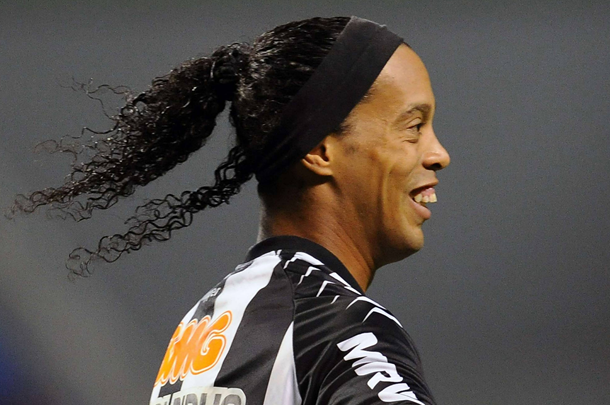 Atletico Mineiro has confirmed that Ronaldinho signed a new contract with the club from Brazil, so that is nothing of return to Europe

Despite the fact that is expected return to Europe, probably wearing the jersey of Besiktas, Ronaldinho decided to stay in Brazil and tried to parties in the domestic league deserves a place in the national team.

Alesandre Kalil, president of Atletico, said that everyone at the club very happy and pleased that Ronaldinho stayed.

"Ronaldinho has signed a new contract and will stay in our team. We'd love to finish his career wearing the jersey of Atletico Mineiro.

He loves this city, the fans, it's great here and this is confirmed by signing a new contract.

Now his main objective is to impose Scolari, and in my opinion deserves to be found again in the national team, "said Kalil.


Ronaldinho has played 97 matches for Brazil, but has not played for the national team since April last year.