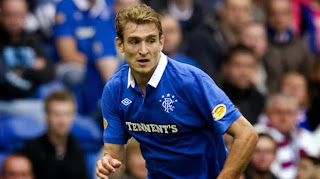 Croatian internationals thrilled with the transfer into the ranks of "Tigers", after the two clubs agreed on all the details of his moving to the "KC Stadium"

Nikica Jelavic admits he is for move to Hull decided after a telephone conversation with Steve Bruce, coach 'Tigers'.

"Bruce called me and told me that he wants me in his team as the first attacker."

"He asked me if I was ready to leave Everton, and then we talked a little bit about the team, his coaching philosophy and objectives of the club."

"He was very convincing and confident, so I then decided to move to Hull."


"The club suits me and I'm happy as both teams found a common language about my transfer." - Concluded Jelavic.