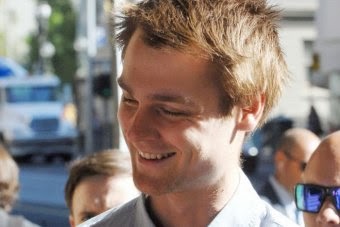 Englishman who was in Melbourne arrested and charged with offenses relating to betting, or cooperate with betting, he was released on bail and allowed him to return to Britain

Daniel Thomas Dobson (22) was arrested on 16 January after in the clothing used hidden electronic device that is sending messages to the employer in the betting company after every played point.

Information through this device coming faster than television transmission, and betting on basis that timely were changing quotas in this match.

Dobson is accused of participating in corruption during betting on the outcome of matches. His lawyers have denied the accusation.

Australian media reported that a court in Melbourne released Dobson after paying bail on condition he lives with his father, who was an inspector in the Metropolitan Police.

at 12:49 AM
Email ThisBlogThis!Share to TwitterShare to FacebookShare to Pinterest
Labels: betting, Daniel Thomas Dobson, Scandals