Barcelona jersey with the surname Hummels in sales

Barcelona jersey with the surname Hummels in sales 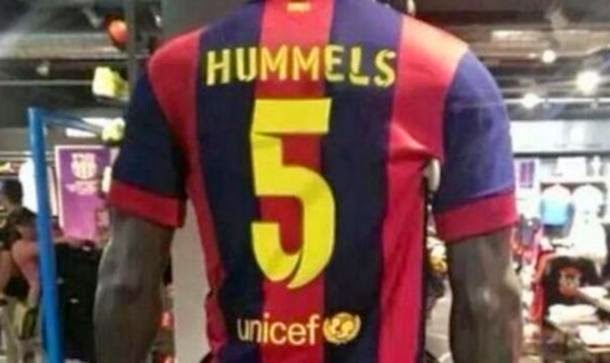 German national team player Mats Hummels is often mentioned in the context of moving to Barcelona, but a final agreement with Borussia Dortmund did not happen.

However, it did not bother shop owners to start selling jersey with the name Mats Hummels, and the Germans will reportedly belong number five, which was wearing a long-time captain Carles Puyol.

It is interesting that in the same store earlier began selling jerseys Luis Suarez before arriving in Barcelona, and James Rodriguez jersey before the arrival to Real.