And River Plate called Beckham to return to the pitch

And River Plate called Beckham to return to the pitch 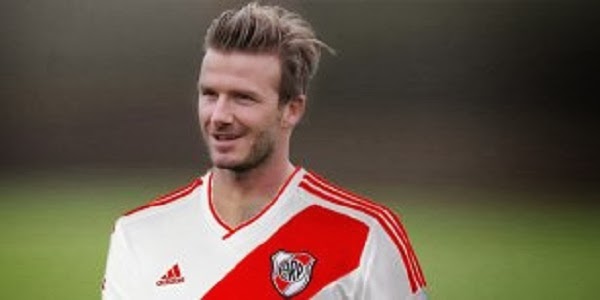 The famous Argentine club has a mission to convince the former England captain and is willing to return to playing football
One can freely say that River is partly copied this action of Bolívar from La Paz, whose is too rich owner set itself the goal of through bringing Bechkam with whom would this team headed started on the road to win the trophy in Copa Libertaores.

River Plate has a mission that through bringing Bechkam as a mega star influences the improvement of Anglo-Argentine relations.

Guillermo Tofoni, owner of marketing agency 'World Eleven' is considered that this would be a brilliant move, and promises that his 'team' actively involved in this campaign.

Argentines grown great animosity towards England (as well as all over the UK) since the time of the Falkland War (1982), and the duels of these football representations of the two countries were seen as wars.