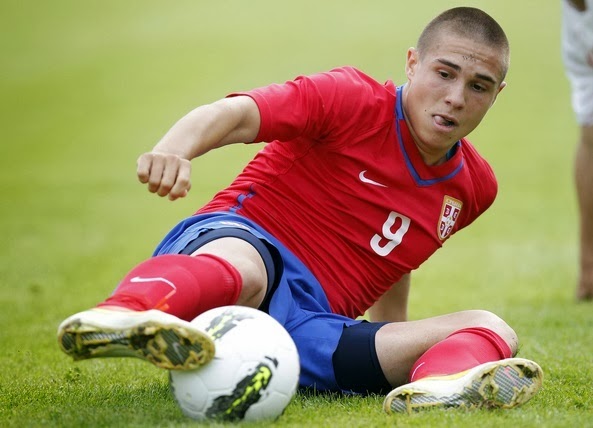 As was announced in recent days, Uros Djurdjevic continued his career at Vitesse, and contract was signed for four and a half years, it was confirmed on the club's official website.

So it is definitely fell off the possibility that the young national team player of Serbia moved into the ranks of Partizan, although the new coach Marko Nikolic wanted him to strengthen attack champions of Serbia.

Djurdjevic already on Monday flying to Abu Dhabi, where he will join his new team-mate on the preparations for the second part of the season.

"Uros is one of the biggest talents in Serbia. He's young, promising striker. We think that Vitesse rights environment in which he will be able to properly continues to develop,'' stand out in the Vitesse.

And Serbian footballer did not hide his satisfaction with the signed contract.


''I am aware of in the Dutch league, and their style of play in it and I can say that it fits me. I hope that the Vitesse with me in a team play a significant role and be at the top table of the Dutch championship,'' said Djurdjevic.