What will be with the "diamond"?

What will be with the "diamond"? 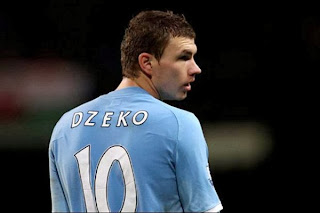 Striker Manchester City and the national team of Bosnia and Herzegovina, Edin Dzeko, is located on the front door of his team

Manchester City played solidly this season, in the Champions League are passed to the next stage and opponent for avoidance among the best swimmers in the strongest European competition.

However, what does not correspond to the Bosnian "Diamond" (Edin Dzeko) is the fact that they are at the forefront Sergio Aguero and Alvaro Negredo, but still he scored 7 goals in 11 appearances how much he started this season.

Dzeko has talked about his frustration in the team because he did not starter, and the City will not allow him to go on loan.

As possible solutions mentioned are Roma, and besides them there are still Napoli and Inter.

However, as the latest option is mentioned Tottenham.

Technical director of Totenhema, Franco Baldini, has already contacted the manager of the Bosnian attacker according to English media.

Germain Defo and Emanuel Adebajor will probably leave the club, but Roberto Soldado is not quite 'exploded' since he came into the team, so it is not excluded that Edin Dzeko will be found in London, already this winter.