Barcelona in the race for Matuidi

Barcelona in the race for Matuidi 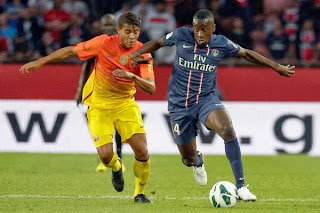 Midfielder Paris St Germain Blaise Matuidi has not yet signed a new contract with the champion of France, which is a sign for many big clubs in Europe to try to "steal" him

Barcelona seeks reinforcements in midfield, due to probable departure of Alex Song and Javier Mascherano this January.

Mentioned are and Gundogan and Ramires, but bringing Matuidi from "Park Prince" acting nearest achievement.

If the Frenchman soon sign a contract, the Parisians would be able to sell him for a symbolic price in January so it would not be lost without compensation at the end of the season.


He played 27 matches in all competitions for Paris Saint Germain this season and noted down by two goals and assists.