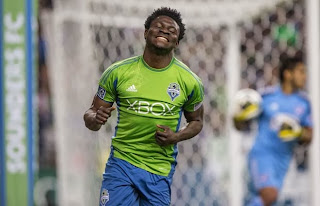 
Reports in Turkey suggest that the Rize outfit are seeking a more permanent deal than the eight-match loan the Nigerian striker is seeking.

Sounder at Heart is also reporting that Martins is keen to spend just two months with Rizespor ahead of the 2014 MLS season before returning to Seattle prior to the World Cup in June next year.