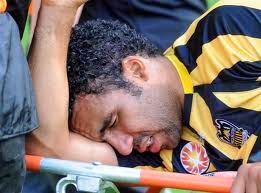 
The Phoenix have won in Melbourne for the first time in their history, beating the Heart 1-0, thanks to a second-half goal from Belgian striker Stein Huysegems.

But coach Ernie Merrick says their depth will be tested ahead of their New Year's Day game against the Wanderers in Sydney.

"Stein's got a tight hamstring, Louis Fenton dislocated his shoulder again. Carlos got through most of the game but his quad is playing up a little bit so we'll probably fly a couple players over the sea."

The Phoenix remain second to bottom on the A-League ladder but are now level on points with third to bottom Adelaide United.