Is this the beginning of the end of transfers that we know?

Is this the beginning of the end of transfers that we know? 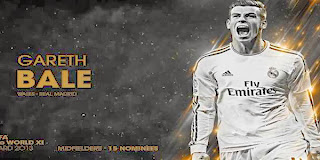 Supreme worldwide union organization for footballers argues that the current rules defending players freedom of movement and moving to another club.

"The current system of transfers is damaging to the 99 percent of players, is detrimental to the football industry as harmful for the world's favorite game," said FIFPro president Philippe Piat.


"Football authorities, clubs and leagues argue that the transfer system is needed to ensure competitive balance, but in fact it creates a spiral of economic and sporting imbalances in which benefit one percent of the richest clubs and football managers. Footballers are employees and only when they enjoy the rights that have all workers, FIFPro will be satisfied, "added Piat.

"To players are imposed excessive indemnity for breach of contract, which is unthinkable in any other industry," pointed out Piat, while the head of the European branch FIFPro Bobby Barnes added:


"Thousands of players across the world is not getting salary on time, while 28 percent of the money that is drilled on transfers gets managers. Something is not working with this image. Unpaid players are vulnerable targets for mafia organization that fix matches."

at 11:08 AM
Email ThisBlogThis!Share to TwitterShare to FacebookShare to Pinterest
Labels: FIFA, FIFPRO, Transfers