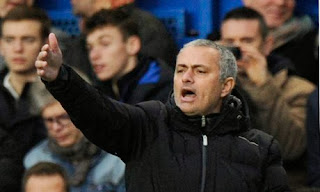 Chelsea have faced Turkish opposition three times in the Champions League. The Blues last faced Galatasaray in Group H in the 1999, beating the Lions twice in the first group stage, 1-0 at Stamford Bridge 5-0 in Istanbul

The Blues suffered a surprise defeat against Besiktas in London in the 2003/2004 Champions League group stages however , beat the Black Eagles 2-0 away - The Istanbul based club were forced to play their away game in Gelsenkirchen , Germany.

The last time Chelsea faced by Turkish opposition in the competition was back in 2008th Fenerbahce beat the Blues 2-1 at home but were knocked out of the Champions League quarter- finals after losing 2-0 to Chelsea in the return leg.

Mourinho signed Drogba to Chelsea during his last stint at the club in 2004 for € 24 million and under his management the Ivory Coast international gained a reputation as being one of the best strikers in the world.

The pair won two Premier League titles and the FA Cup together . Drogba stayed on after Mourinho left and went on to score 157 goals in 341 appearances for the Blues.

The 35 - year-old striker won the Premier League again and played a key role in Chelsea 's Champions League winning campaign and was voted the greatest Blues player of all time in a poll conducted by the Chelsea Magazine last year.


The Ivory Coast international has scored 16 goals and provided 11 assists since joining the Lions.

at 4:26 AM
Email ThisBlogThis!Share to TwitterShare to FacebookShare to Pinterest
Labels: Champions League, Chelsea, Galatasaray