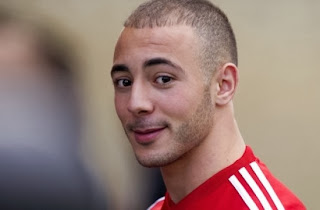 The Moroccan international has not made ​​a single appearance in the league under Roberto Mancini and his situation is unlikely to change due to the Turkish Football Federation (TFF) foreign player ruling.

Galatasaray are facing increasing pressure for foreign spaces as the TFF only permits 10 non - Turkish players per club and six foreign players on the field at any one time.

The Lions currently have 10 non - Turkish players on their books and can not register another foreign player unless at least one is sold.

Amrabat was closely linked with a loan move to Hull City in the summer and the Tigers are expected to make another offer in January.

The 26 - year-old has received interest from the Premier League and the Eredivisie.

"I have had offers from England and other countries," said Amrabat.

"Galatasaray have wanted me to stay in the past but I want to play and let the club know this.

"We will see what happens now."

The Moroccan international joined from Kayserispor Galatasaray last season for € 8.6 million and has four- years left on his contract.