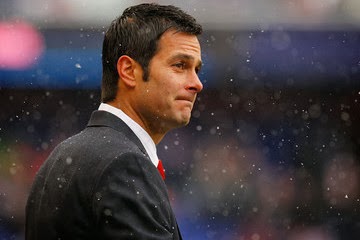 The Dynamo sealed its spot in the eastern conference final with a 2-1 extra-time victory in their semi-final second leg in New York on Wednesday.

After conceding two goals in the second half of the first leg in Houston, Red Bulls head coach Mike Petke called his team’s misfortunes “self-inflicted”.  And although New York had watched a massive opportunity slip away, Petke insisted that his squad would be ready for the return leg and determined to atone for their mistakes.

“At the end of the day, we’re going to have to sleep on it and reflect on it,” said captain Thierry Henry.  “You lose and you win as a team. You can’t point fingers at a couple of mistakes. We lost as a team.”

The match wouldn’t have gone that far, if MLS had employed away goals as the tiebreaker in an aggregate, home-and-home series. The Red Bulls would have won, two away goals to one. Instead, they fell in overtime, and MLS lost the chance to stage the MLS Cup final in New York.

Eventually, MLS will adapt and embrace all the elements of the European soccer leagues, including away-goal tiebreakers.

“Individual mistakes, they happen,” Petke said. “That happens a lot. We didn’t finish. We were a bit off on crossing, on passing. We were a bit urgent.

“It was a long journey this year,” Petke said.