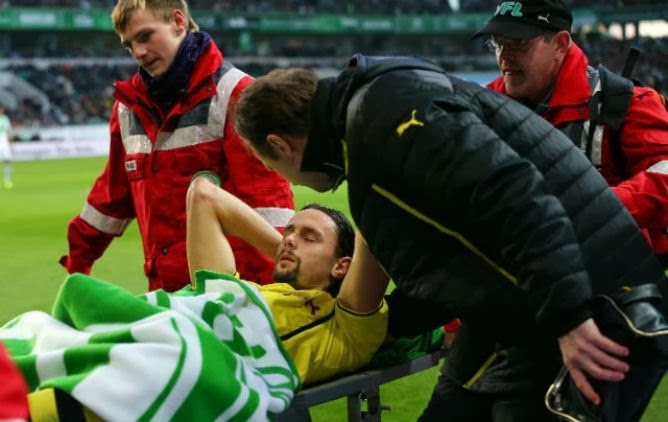 Incredible bad luck for Borussia Dortmund's Neven and Subotic . Serbian DF is in the match against Wolfsburg suffered a serious knee injury and according to initial estimates, it seems that ended the season

Subotic is injured in the duel with Ivica Olic, and it is suspected that there was a cracking front ligaments in the knee. He immediately after the duel fell on the field with a grimace of pain and from the field carried him out on a stretcher.

''It looks like torn ligaments. If this turns out to be true, then these are terrible news for the club. This injury has ruined our mood,'' said the visibly disappointed Jurgen Klopp after the match.

Tomorrow Subotic will be subjected to detailed tests on MRI, but for now prognoses are discouraging and seemed to be just waiting for confirmation of dark forebodings. If really there was a rupture of ligaments, Subotic expected minimum six month break and for him this season is probably over.