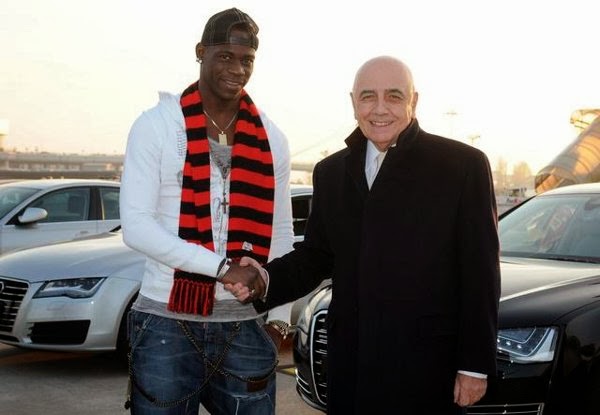 Adriano Galliani seeking guarantees from Berlusconi, but it seems that will pretty Barbara taking the reins. Balotelli goes already in January?

In Milan, there is no peace, conflict over power continues between Berlusconis daughter and Galliani . A longtime ally of Silvio seeking guarantees that they will not be marginalized, but it seems that Barbara Berlusconi takes over the helm.

She reportedly announced the arrival of new people in the club to deal with transfers of players that will escape chair Galliani and he would after nearly three decades could leave "Rosoners".

On the other hand, the Italian media are reporting that the days of Mario Balotelli finished. His potential is not worth waiting, he didn't play this season a lot, he brings problems and spoil the image, it looks like they are willing to sell him after only a year.

It is said that PSG wants Super Mario as well as Chelsea, although at the moment there are no talks. It is always possible that Rajola just released a test balloon, but on the other hand, transfer to Paris and obtained money would help Milan to invest in defense what is the biggest problem.

Barbara Berlusconi has reduced costs by more than half, she wants a completely new environment, insists on reorganization scout network, and it is certain that, whatever the outcome, this is the last season for Maks Allegri.

He would already on Monday could become ex, if Milan do not win in Verona. It will have to do without Balotelli who became ill and seems not to be in competition for the match.