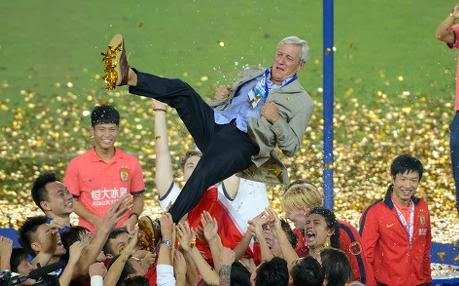 In this team Lippi came 2012th year, and on both occasions he won the title of China's champion. This Saturday, however, went a step further as it is with this team won the Asian Champions League.

In the return match of the finals Guangzhou is at home field played 1-1 against South Korea's Seoul. In 58th minute Brazilian Elkeson bring the Chinese team into the lead, while only four minutes later equalized Montenegrin Dejan Damjanovic.

This result remained until the end, and it was enough to Guangzhou Evergrande celebrate overall victory, because in the first match, in a guest appearance, played 2-2.