Khedira out for six months, could miss World Cup

Khedira out for six months, could miss World Cup 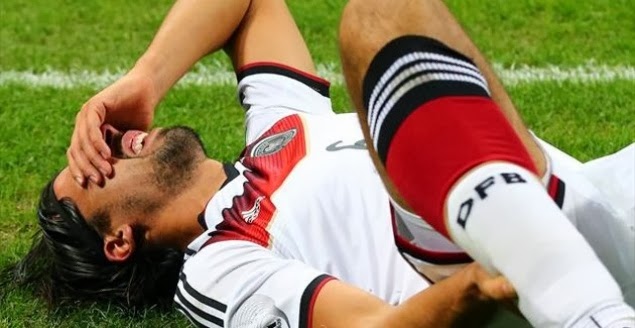 Khedira, 26, was substituted during the second half of the international friendly in Milan after landing awkwardly on his right knee

It has since been confirmed that his right anterior cruciate ligament was torn, and that he will undergo surgery before beginning a six-month rehabilitation programme.

€œSami will have to be treated surgically, Germany team doctor Hans-Wilhelm Muller-Wohlfarth said.
We hope to have him for the start of the World Cup.

Khedira now faces a race against time to be fit for Germanyâ€™s World Cup campaign in Brazil. Such injuries usually take at least eight months from which to recover, and often a player will not be fully fit for around a year.

at 10:49 AM
Email ThisBlogThis!Share to TwitterShare to FacebookShare to Pinterest
Labels: Injury, Khedira, Sami Khedira