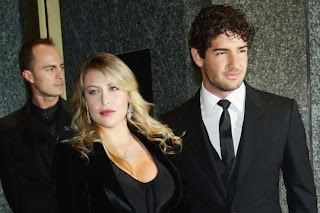 Adriano Galliani, vice president and longtime CEO of Milan, has confirmed that he will leave the "Rossoners"


Galliani has recently come into conflict with Barbara Berlusconi, a member of the Board and the daughter of the owner Slivio, and therefore decided to leave the San Siro. "I will file a resignation in the next few days. Probably after the game last round of the group stage of the Champions League against Ajax," said Galliani, who added: "The change of generations is fine, I understand, but not in this way. It is ruined my reputation. It supposed to show more elegance." Galliani is in Milan since 1986. and since then the "Rossoners" eight times were the champions of Italy, and four times they won the Champions League. He was responsible for some of the most important transfers in that period.

at 1:32 AM
Email ThisBlogThis!Share to TwitterShare to FacebookShare to Pinterest
Labels: AC Milan, Adriano Galliani, Barbara Berlusconi, Italy, Serie A