FIFA: World Cup in Brazil will start according to plan

FIFA: World Cup in Brazil will start according to plan 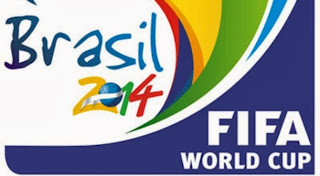 International Football Federation (FIFA) has confirmed yesterday that the World Cup in Brazil held according to plan, despite delays in preparations for this competition

The stadium in Sao Paulo was a place of tragedy these days, when on it during construction works collapsed crane and on this occasion is died two people, according to media.

At the stadium capacity of 65,000, will be held first match at Mundial. Brazil has earlier acknowledged that it is not certain whether all the 12 stadiums be completed by the beginning of the world championship.


Six of the 12 stadiums were ready for the Confederations Cup, which was held this summer, and the remaining six are "in a race with time", reports the BBC.

As stated, accident at '' Arena Corinthians" in Sao Paulo is third on the Brazilian stadiums in the last two years, and the investigation regarding the tragedy at the stadium in Brazil will start today.


'' Arena Corinthians'', which will host five World Cup matches, including the semi-finals, it should be completed in late December.