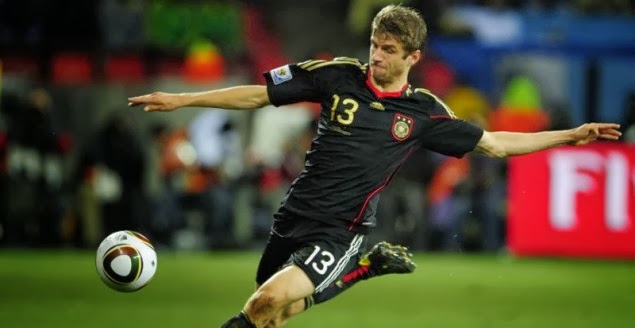 
Spanish press reported that a potential move to the Nou Camp could be on. But the German international has denied reports of a move, saying that Bayern Munich is his home.
The talented German international has been one of Bayern Munich's most impressive players in recent seasons, helping his side to a Champions League title last year and Pep Guardiola has already said that Mueller could be one of the most important players in his squad.
After being spotted in Barcelona though, the player has been forced to deny talk of an imminent move to the Camp Nou: " I was there, but it didn't have anything to do with transfer negotiations. Everyone who knows me, knows that Bayern is my home."
"I didn't just sign the contract to sit it out, but because it's fun to play here," he said.
"Everyone who knows me, knows that Bayern is my home."
at 12:16 AM
Email ThisBlogThis!Share to TwitterShare to FacebookShare to Pinterest
Labels: Rumors