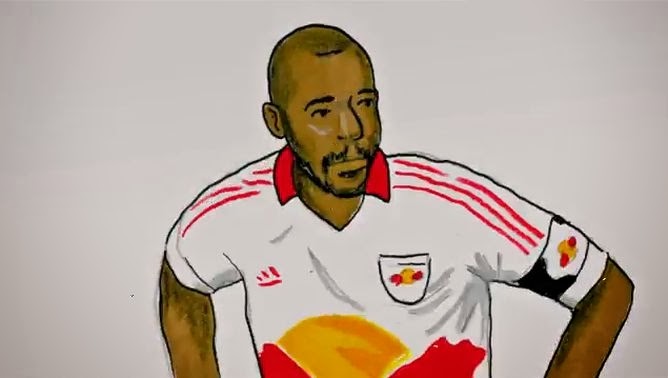 Ronaldinho, Ronaldo and Lionel Messi already had their animated books, and now it's got the same legendary French striker, Thierry Henry


KickTV is on a great way mark the anniversary Henry - 400 goals scored, and has released a terrific video, mix video footage and hand-drawn animation.

French striker attended the shooting promo videos, which can be enjoyed by all lovers of the most important things in the world.

at 7:42 AM
Email ThisBlogThis!Share to TwitterShare to FacebookShare to Pinterest
Labels: Interesting