Fabregas: I would like to get back in Arsenal some day

Fabregas: I would like to get back in Arsenal some day 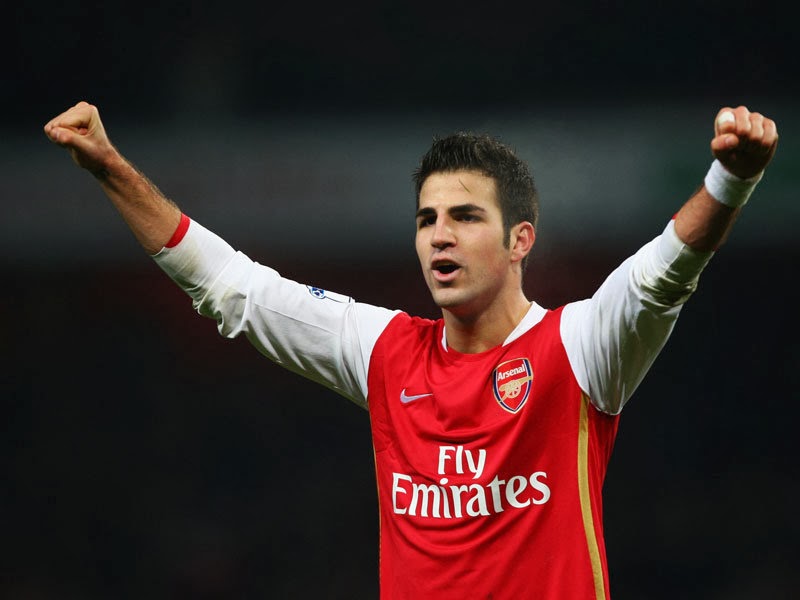 Spanish football player Cesc Fabregas (26), current member of the Catalan giants Barcelona, discovered for Guardian that one day want to return to his former club Arsenal


Fabregas was since 2003rd to 2011th year played for Arsenal London, and in this period more than 200 times at the jersey of Gunners in official matches. Spaniard was 2011th year forced his transfer to the club from his childhood in which today plays great. However, Fabregas does not have anything against that one day again unite with, as he likes to call people from the Arsenal, family.

"Arsenal is still in my heart and there will always remain so. I do not know if I will have the opportunity to again return to the Emirates as a player or after the end of career, but I know that for me, Arsenal's door is always open.There is my family . If I come back as a player or a coach, I am convinced that one day I will have a function at Arsenal, "said Fabregas to mentioned source.

at 7:17 AM
Email ThisBlogThis!Share to TwitterShare to FacebookShare to Pinterest
Labels: Rumors