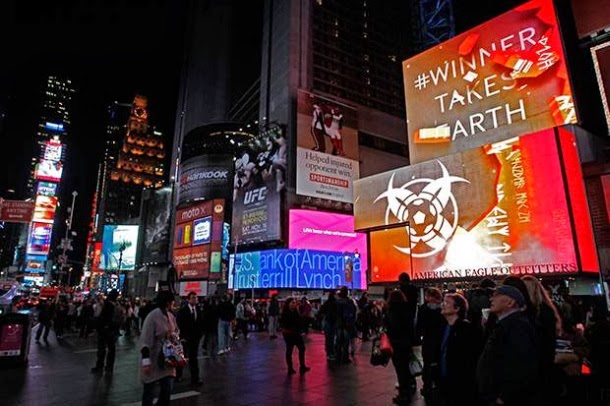 In Times Square on digital billboards appeared mysterious signs on which the soccer ball is in the center of circle. Before the New York images have appeared in Rio de Janeiro, as well as in London.

"These pictures reminded me of movie science fiction," said the tourist from Holland Michael STUPP. With the mysterious codes and symbols, there is a message: Winner takes the Earth!
at 10:20 AM
Email ThisBlogThis!Share to TwitterShare to FacebookShare to Pinterest
Labels: Interesting