Begovic: We can to a favorable result at Old Trafford

Begovic: We can to a favorable result at Old Trafford 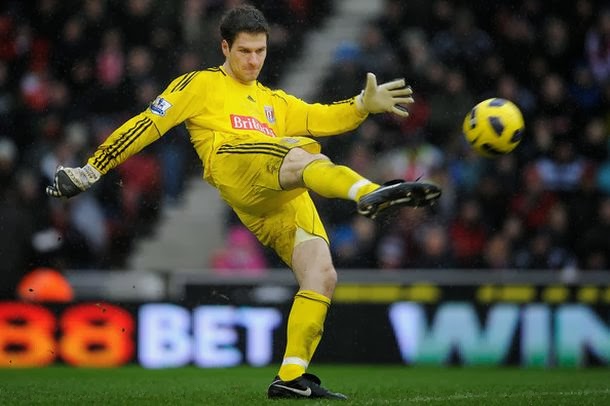 Next weekend Stoke will be the guest at Old Trafford at the current Champions Manchester United
National team member of Bosnia and Herzegovina, believes that his team can surprise United which this season does not play according to expectation. Red Devils still can not get used to the period after Alex Ferguson.

"It will be difficult, as always when you play against United. But even they are not in the best shape. We come under pressure and we can reach a favorable result," said Begovic.

at 10:29 AM
Email ThisBlogThis!Share to TwitterShare to FacebookShare to Pinterest
Labels: Premiere League