Mysterious fans which nobody expected

Mysterious fans which nobody expected 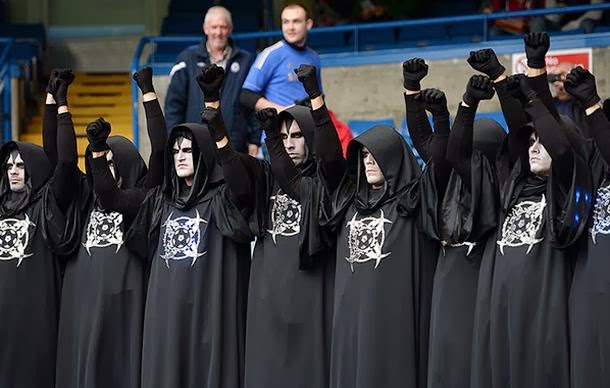 Eleven unidentified men appeared yesterday in the match Bayern Munich and Hertha, and today have already been in London on duel Chelsea and Manchester City 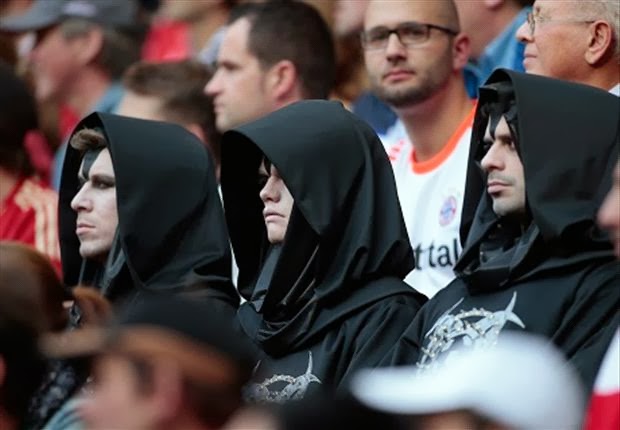 Their creepy appearance attracted the views of all participants fans in stadiums and during games have performed a variety of performance.

"They were very strange. They sat for a long time, and then raised hands, stood up and sat down again. Everyone around me were confused. It was very strange," said one fan. 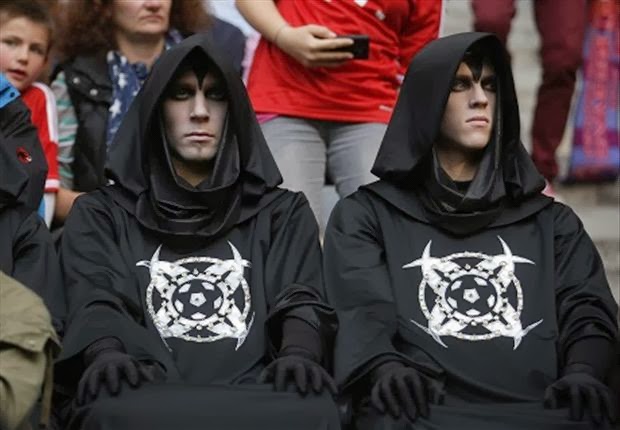 Lately appear mysterious circles for which nobody knows who shows them and what they actually represent. Appeared earlier in Rio de Janeiro, London and New York.

Watchword "Winner Takes earth" could pose a slogan which means that the winner of the World Cup in Brazil rule the earth until the next tournament.

This phenomenon is increasingly widespread in recently and the question is where will the next time show up. Anyway, interesting performance they have every appearance in public.