Platini: At Mundial should play 40 teams

Platini: At Mundial should play 40 teams 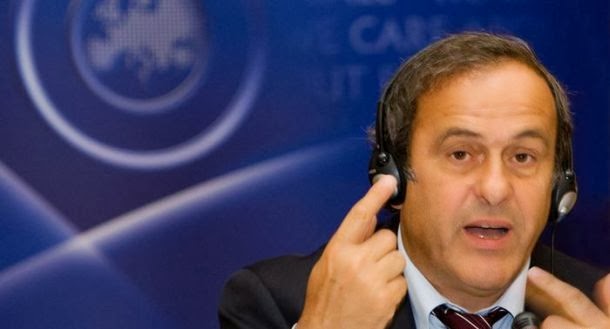 The next European Championship in France will count 24 teams, eight more than in Poland and Ukraine


After having expanded European Championship, Platini now committed to expand the World Cup 2018th year. Frenchman hopes that in Russia 2018th appear 40 teams. Recently, FIFA president Sepp Blatter expressed his dissatisfaction with the number of teams from Africa and Asia. Swiss believes that these continents deserve more selections in the final of the world championship. "I agree with Blatter. Need more representation from Africa and Asia. However should not reduce the number of European teams, but the number of selections should be increased to 40. We could add two teams from Africa, Asia and America, one from Oceania and one from Europe, "believes Michele Platini.

at 5:58 AM
Email ThisBlogThis!Share to TwitterShare to FacebookShare to Pinterest
Labels: FIFA, World Cup