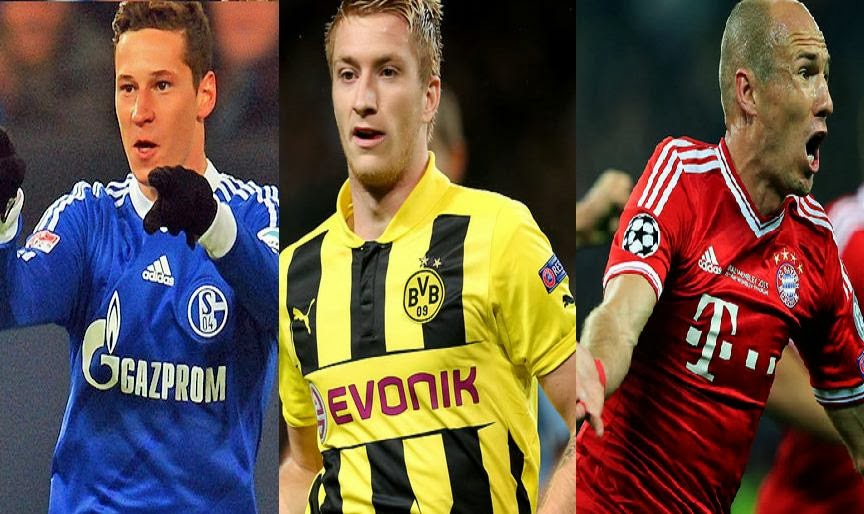 Paris Saint Germain has no plans to stop when it bringing large reinforcements are concerned, so the new targets of this club are Arjen Robben, Marco Reus and Julian Draxler


Billionaires from Qatar do not want to satisfy the mere participation in the Champions League and are planning to set aside a lot of money to keep their team in the second part of the season entered even stronger.

The French media appeared news that the club is planning impossible, and that is to hire a trio from Bundesliga, Reus, Robben and Draxler.

At first sight look impossible, but too rich PSG showed that there is enough money to convince every football player to strengthen their ranks.

In January, the club will probably leave Javier Pastore and Jeremy Menes, and their positions in a team should be filled with some of the aforementioned players.

What might to be a problem in an attempt to hire this football players, is a fact that Robben, Reus and Draxler have solid contracts with their clubs, and in the PSG will have to think hard in order to succeed to hire some of them.

at 11:17 AM
Email ThisBlogThis!Share to TwitterShare to FacebookShare to Pinterest
Labels: Bundesliga, France, Rumors