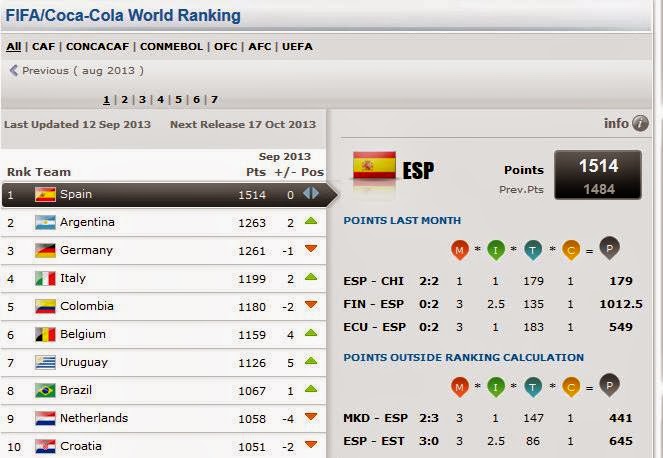 
FIFA has given up on the current practice of determining the carriers on the basis of performances and results from the previous world championships, and decided to implement a simpler method and use your own ranking, and one for the month of October, as a criterion for determining the the carriers groups.

This means that the representation of Belgium and Colombia almost certainly be carriers at the World Cup, if this month provide the placement on world events, as expected.

Roof world football governing body said how the remaining three places in each group will be determined'' geographic and sporting criteria''.
at 2:41 AM
Email ThisBlogThis!Share to TwitterShare to FacebookShare to Pinterest
Labels: World Cup