What is the reason of good games Dejan Lovren in the Premier League?

What is the reason of good games Dejan Lovren in the Premier League? 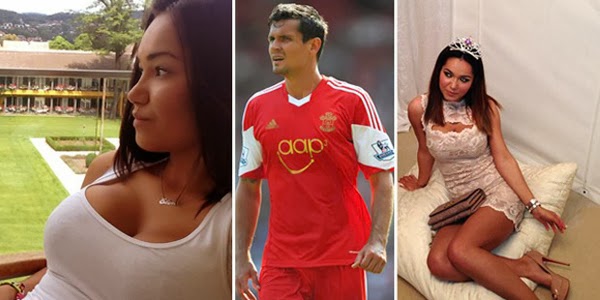 
Performances in the uniform of English Premier League Southampton Croatian international Dejan Lovren sent the best response to critics, especially those in France, who are his game while playing for Lyon, often known to criticize.

But Lovren by rating for games in the opening five rounds, the best central defender English Premiership, and everything is rounded off the winning goal in Liverpool on the legendary Anfield. Of course, after the performance last season, many were skeptical when the quality of Dejan Lovren was it, as he had a difficult season in Lyon, accompanied by frequent disconnections from the game and injuries.

Transfer in Southampton proved to be a full hit, since Lovren, together with his colleague Rui Fonteom, led the defense that in the first five rounds received only two goals.

Southampton is still 'recognized' Lovren, and the 24-year-old Croatian national team player decided to pay 10 million euros, and he seems to have flourished in the new system under coach Mauricio Pocchettinom, which is expressed in the past as a coach of Espanyol and Valencia.

However, it seems that not only the coach responsible for Dejan calm, but a good of success goes to his beautiful wife, 19-year-old Anita, with whom he has been married since July last year, and has a one-year-old daughter Elena.

Anita in recent months very active on social networks and her photos in all possible issues hardly anyone missed.
at 1:45 PM
Email ThisBlogThis!Share to TwitterShare to FacebookShare to Pinterest
Labels: WOMEN