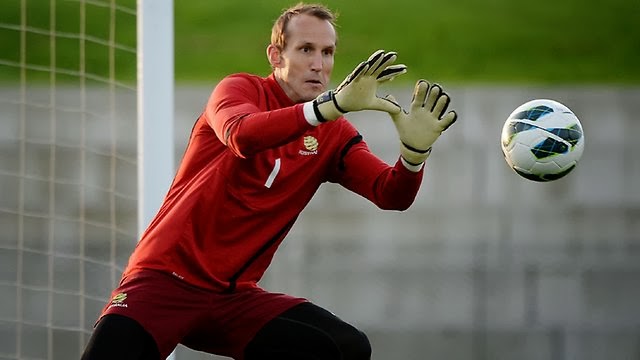 Although coach Holger Osieck is not put hi into the team, and still claims that Schwarzer is the national team number one


It seemed he has paid the price for moving from Fulham to English Premier League giants Chelsea, where he is stuck on the bench behind Petr Cech.

Osieck has made ​​it clear the former Fulham man is only missing to give Mitch Langerak and Matt Ryan an opportunity.

"I know what he can do. He's our number one goalkeeper," Osieck said.

"But if I keep playing him, what about the others we may need?

It is obvious that Osieck wants to give the opportunity to young generations, so he decided to try a young Mitchell Langerak who defends for Borussia Dortmund in the Champions League against Napoli.

"Mitch Langerak deserves a minimum of one game because he's a very good servant to our team," Osieck said.

Second option is Matt RYAN who is the first goalkeeper Belgian Brugge.

The veteran goalkeeper (Schwarzer), who turns 41 next month, is the Socceroos' most capped player, having made ​​108 senior appearances for his country.

at 1:18 PM
Email ThisBlogThis!Share to TwitterShare to FacebookShare to Pinterest
Labels: Australia