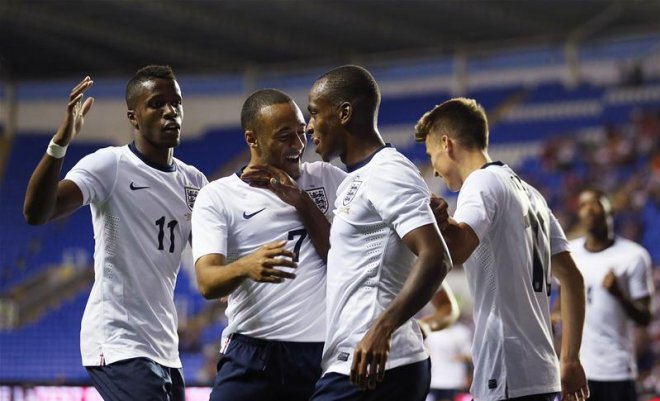 
Four second half goals condemned Scotland Under 21's to a damaging defeat in Holland as their hopes of qualifying for the 2015 European Under-21 Championship took a blow.

Gareth Southgate has started his career as England U21 manager with a win over Moldova U21 in his side's first European Championship qualifier.

The Young Lions dominated the match at the Madejski Stadium and took an early lead thanks to  but could not add to their one-goal advantage despite having a host of chances against Moldova.

More difficult than expected, in front empty stadium, a young Serbian team made ​​the first triumph in qualifying for the European Championship.

In the table groups 9 Belgium leads with 6 points, how many and Serbia. Cyprus has three points but from three matches while Italy so far has no points. Northern Ireland is the last with no points from one match played.

Football U-21 national team of Bosnia and Herzegovina enrolled defeat by Hungary in the second round of qualifying for the European Championship.