Halilhodzic: Playing the second leg at home is an advantage

Halilhodzic: Playing the second leg at home is an advantage 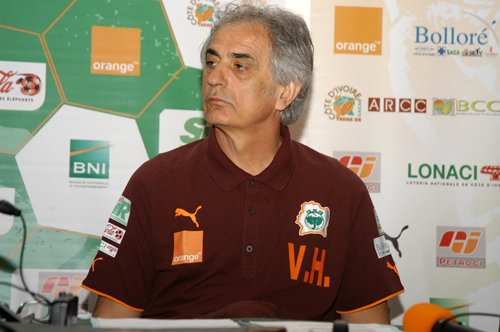 After the draw made ​​in Egypt, Burkina Faso and Algeria will meet in a play-off for the 2014 World Cup


Burkina Faso and Algeria have experienced two different courses at the recent African Cup of Nations of soccer. The Stallions went to the final, while the Desert Foxes were out in the first round. The two teams meet for the play-off of the 2014 World Cup after the draw made ​​in Egypt. Vahid Halilhodzic shows vigilant even if his training has a nice winning streak.

'Certainly, we avoided teams like Senegal, Cameroon and especially Egypt, but do not worry. It will be at 50/50. We will need strict seriousness and be especially vigilant on the two confrontations "said Halilhodzic.

'We need to be competitive. The act of playing the second leg at home is an advantage, but this should not make us lose our concentration. We will face a Burkinabe team that left a big impression during the last AFCON and has players working together for quite some time, "said the Bosnian coach.