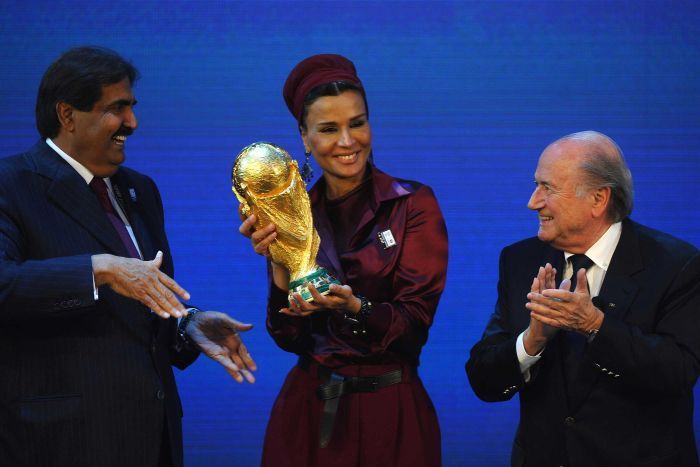 Football Federation Australia has requested FIFA provide compensation for the $ 43 million spent on Australia's failed World Cup bid, Should it move the event to Qatar's winter

Australia's bid was based on the tournament being played during the European summer, as per tradition, to avoid clashing with various club competitions including the A-League.

FFA has asked FIFA to make an in-principle decision that 'just and fair compensation should be paid to those nations that invested many millions, and national prestige, in bidding for a summer event if the tournament is shifted to Qatar's winter."

Australia's football governing body has also suggested that, Should FIFA shift the tournament to Qatar's winter, "a transparent process Should be established to examine the scheduling implications for all leagues and a method developed for agreeing appropriate compensation For those affected. '

Lowy said he had clarified Australia's position in a letter to FIFA president Sepp Blatter in July.

'Australia invested heavily in the World Cup process and the entire nation was behind the bid, "Lowy said.

"Since December 2010 Australia has been careful not to let its misgivings about the process be interpreted as sour grapes.

'But now, with gusts speculation about a change that will impact on us as one of the bidding nations, and because our competition will be affected, we have made ​​our position public.'

Lowy said he explained to FIFA that the A-League was now finally gaining a foothold in the sporting landscape of Australia.

'If the World Cup were to be staged in the middle of our A-League season it would impact on our competition, not just for 2022, but for the seasons leading up to and beyond that date.

'Clubs, investors, broadcasters, players and fans would all be affected.

"FIFA has an opportunity now to make the best of a bad situation by embarking on a transparent and orderly approach, unlik the process that led to the original flawed decision in December 2010."

Lowy added that FIFA Should not make a decision on shifting the seasons for the Qatar tournament until FIFA's ethics committee, chaired by Michael Garcia, finished its inquiries into the 2022 World Cup bidding process.

'Better to let the independent investigative process run its natural course and then, with those issues settled, make a clear-eyed assessment about rescheduling and its consequences, "he said.
at 1:35 PM
Email ThisBlogThis!Share to TwitterShare to FacebookShare to Pinterest
Labels: FIFA